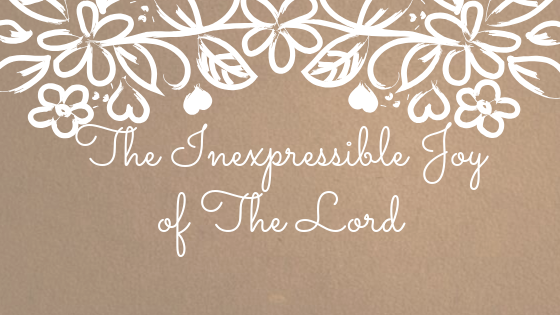 We waited in excitement for the next number to appear in the roulette draw at The New Jewish Home Casino Night.  This wasn’t an unfamiliar game for the seniors at the nursing home. They’ve had assigned positions for their wheelchairs at the roulette table and there were more seniors actively engaging in this activity than in Black Jack combined. They were all aware of the the monetary reward at the end and we were there to cheer them on with phrases like “Big Money!” and “You got this!” Their chips would be counted at the end of the game and they will be given 25 cents per chip. I can recall the joy on Sabrina’s face when her number was called. She looked up at me with a smile and said “I won!” My heart melted. For as long as I can remember, I’ve had a deep compassion for the elderly and disabled population. So when my boyfriend and I saw there were spots left at this New York Cares volunteer event, we decided to make it our first volunteer event together (hence we attend separate churches). We were seeking to serve together not just in our respective churches but for external volunteer organizations.

I wasn’t prepared for how much of an impact an hour and a half with these beautiful people would have on me. I felt more blessed by their presence than I expected. But what I really wasn’t prepared for was to be so moved by one simple statement from a woman named Joyce. At the table, I noticed this woman named Joyce and I was startled by how much she reminded me of my mother. She seemed to be older than my mother but it seemed as if she had a paralysis similar to my mother’s that was probably a result of a stroke. She had the same complexion as my mother and a towel was draped around her neck. I could tell she has been very dependent on others for her care and I immediately felt so much compassion for her.

I remember rooting for Joyce in my head, hoping that she would win. I became anxious as the game continued and she didn’t win a single chip. Suddenly, her number is called and she finally wins! I felt joy leap from my bones. I was so happy for her however, I felt myself feeling unsatisfied with the reward. 25 cents. That’s it?! I wanted to give her more but I remember we were informed that we are not allowed to give them any money. At the end of the game we pushed all of the seniors to the elevators and dropped them off at their floors. I remember pushing Joyce. She was quiet at first. I was feeling very abnormally extroverted so I tried my best to strike up a conversation. So I asked her if she enjoyed the game and she said in her Jamaican accent “I didn’t win nothing but a quarter…” My heart ached with sadness. She continued “But I know my Lord provides…”I was immediately in awe. Not only did I pray to meet other believers at this event but I prayed that God’s Holy Spirit would move and He did. That one statement moved me in such away that not only gave me hope but profoundly humbled me. My eyes welled with tears. Yes, I’m very sensitive.

As I responded with a joyous “Amen” and pushed Joyce to her floor and we told each other “God bless you,” I pondered on that statement. I walked back thinking, who am I that the Lord would bless me in this way? How can I have the same hope that Joyce has? This woman is living a life much different from mine and still she feels no lack. Embarrassingly, I am now middle-class, living in my own apartment in one of the most expensively gentrified neighborhoods in New York City, and yet I still sometimes struggle with feelings of lack. At this point, I wanted to give Joyce all of my money. All my life I strived to have financial freedom because maybe that’ll bring me joy even after experiencing the joy of the Lord in my salvation. I learned quickly that money doesn’t bring me happiness, so I’ve strived to use it to make others happy instead. That’s what ultimately gives me joy. However, I knew Joyce already had joy. An inexpressible joy in her heart that nothing in this world can afford or compare to and that’s the love of Jesus Christ.

I learned so much from Joyce that night. That despite your circumstance, or how the world may value you, our value comes from the Lord, our joy is found in Him and in Him there is no lack. The Lord is faithful and He will provide. God reveals His glory in countless ways, as numerous as the stars and I believe that I learned a valuable lesson that was very refreshing for me in my walk with Christ. Praise God!

My brother and sister I hope you are encouraged. God bless you!

A Christian millennial, fascinated with grace, passionate about learning, tech, finance, expressive writing and encouraging others. View all posts by Vanessa Mack

5 thoughts on “The Inexpressible Joy of The Lord”

This is a text widget. The Text Widget allows you to add text or HTML to your sidebar. You can use a text widget to display text, links, images, HTML, or a combination of these. Edit them in the Widget section of the Customizer.
Loading Comments...
%d bloggers like this: